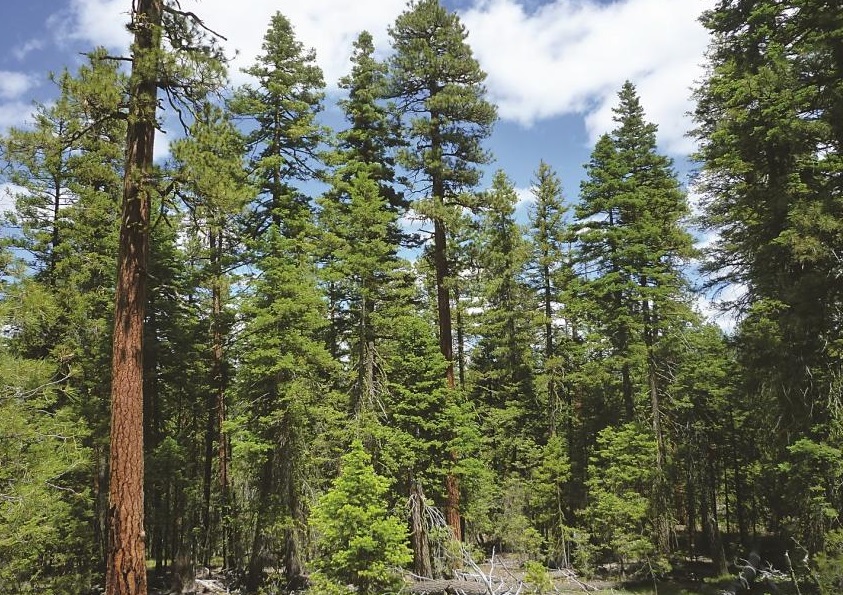 The USDA Forest Service Pacific Northwest Region released a proposal to amend land management plans on six national forests in eastern Oregon and southeastern Washington. The proposed amendment replaces the 21-inch standard with a guideline that emphasizes recruitment of a combination of old trees and large trees.

The Eastside Screens were created in 1994 as an interim measure to protect riparian areas, encourage a healthy mix of young and old trees, and maintain wildlife habitat and connectivity. Now, more than two decades later, the “21-inch standard” has been reassessed considering current forest conditions, the latest science, project-level amendments, and public feedback.

Analysis of the proposed action resulted in a finding of no significant impact on quality of the human environment. The final decision notice and finding of no significant impact for the Forest Management Direction for Large Diameter Trees in Eastern Oregon project was signed by James Hubbard, Under Secretary for Natural Resources and Environment, United States Department of Agriculture, and became effective January 15, 2021.

Forests Affected by the Amendment

The proposed amendment to the Eastside Screens’ wildlife standard would apply to the Deschutes, Fremont-Winema, Malheur, Ochoco, Umatilla, and Wallowa-Whitman National Forests.

The Eastside Screens amendment and any land management projects resulting from it will still be subject to environmental impact analysis and documentation as required under the 1970 National Environmental Policy Act.

The official comment period for the draft environmental assessment of the proposed amendment to the Eastside Screens wildlife standard is now closed. Public comments may be viewed online in the public comment reading room.

The public is welcome to review presentations and transcripts from previous public workshops pertaining to the proposed amendment:

View resources such as science reports and planning process and rules related to the Eastside Screens plan amendment. 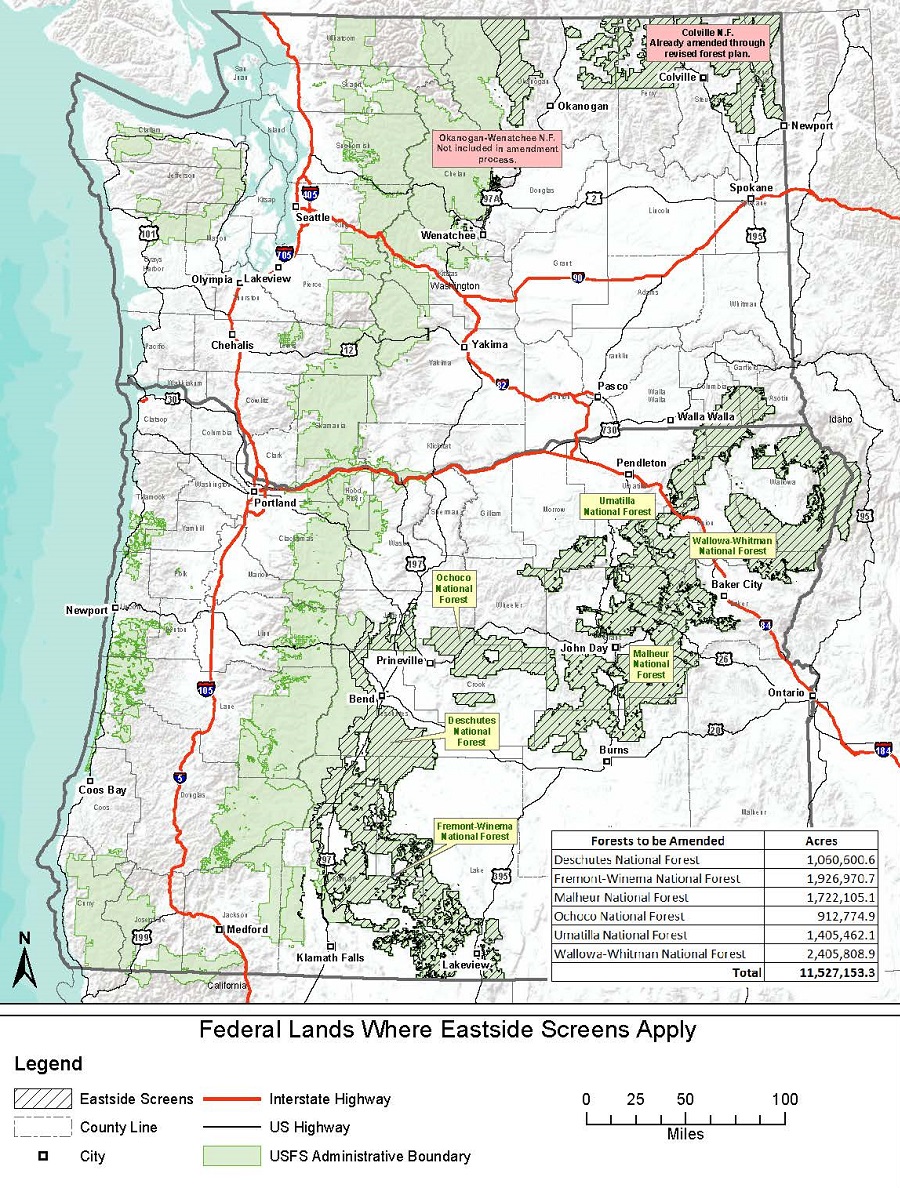