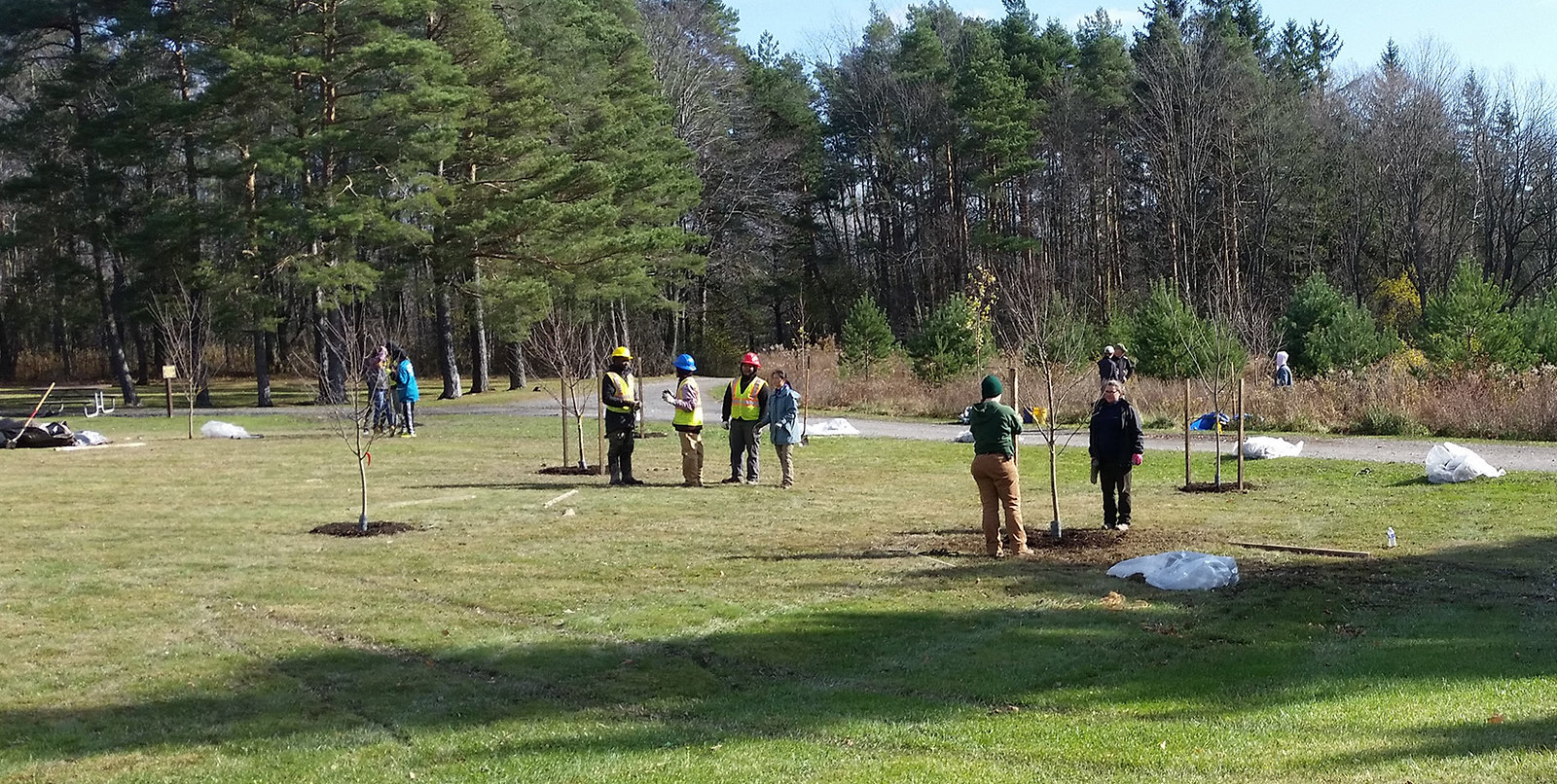 As one of the Great Lakes Restoration Initiative’s 16 task force members, the USDA Forest Service uses GLRI grants to strategically target the biggest threats to the Great Lakes ecosystem and accelerate progress toward long-term restoration goals for this important ecosystem.

NEW YORK — A GLRI grant funded by the Forest Service is helping to make Onondaga County a little greener after an invasive insect killed thousands of ash trees there.

The $100,000 grant was awarded to Onondaga County Soil & Water Conservation District to help plant over 300 trees of different varieties in Onondaga County. Before the arrival of the emerald ash borer (EAB), ash trees had represented about 11% of the tree canopy in this central New York county. Ash stands infested by EAB — an insect native to Asia but considered invasive in North America — have a nearly 100% mortality rate, according to a Forest Service Northern Research Station study.

Such a significant loss of trees in Onondaga County also impacted water quality in the Lake Ontario watershed. It is estimated that ash trees in the region had previously intercepted 49 million gallons of stormwater annually, equivalent to $400,000 in stormwater benefits. With fewer trees to absorb rain, the resulting runoff can more easily overwhelm drainage systems and is more polluted when it eventually reaches Lake Ontario.

To address these challenges, the GLRI-funded Onondaga County project planted a variety of species that are not vulnerable to EAB. The new trees will help restore urban tree canopy and protect water quality in the Lake Ontario watershed, potentially intercepting 300,000 gallons of stormwater per year.

The project team planted many different tree species to reduce the risk of any one insect or disease harming a substantial number of them, and to increase their chances of survival in the face of climate change. The 29 species included river birch, various maples, white and red oak, tulip poplar, basswood, musclewood and others.

Teresa Link, an arborist with the Onondaga County Soil & Water Conservation District, said the project worked mostly according to plan, despite the pandemic.

“We did the majority of planting before COVID hit,” Link said. “Once it did, we used our staff to complete the plantings.”

The pre-pandemic plantings were accomplished with the help of 66 volunteers and about 20 people who worked for a contractor, Link added. 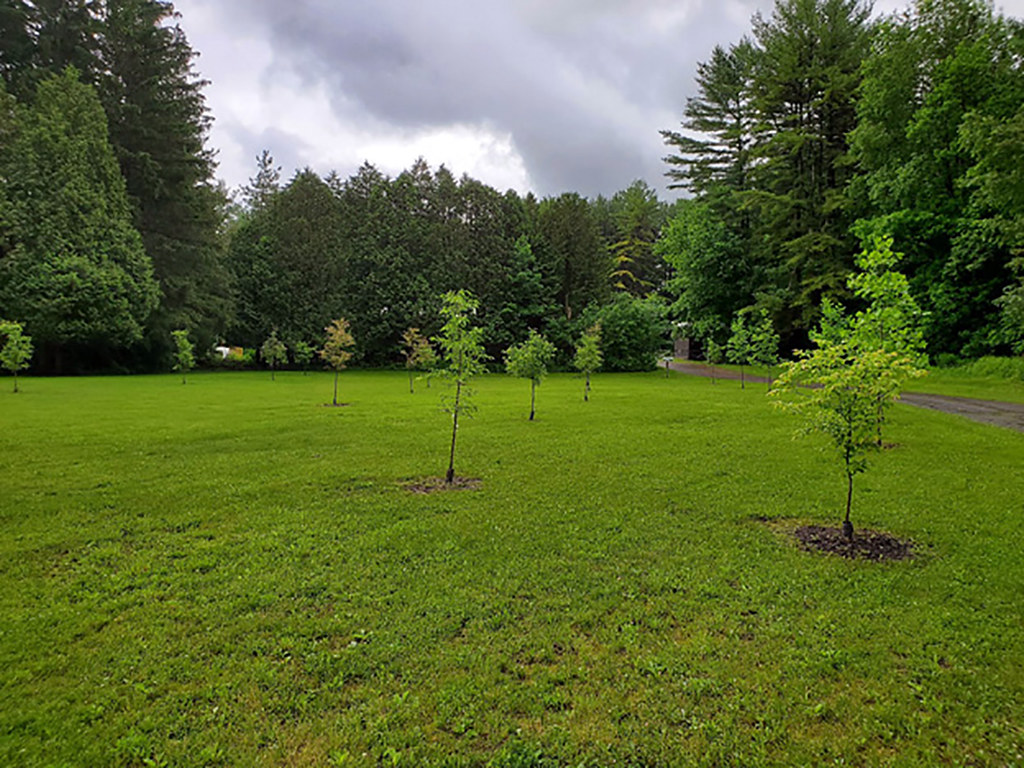 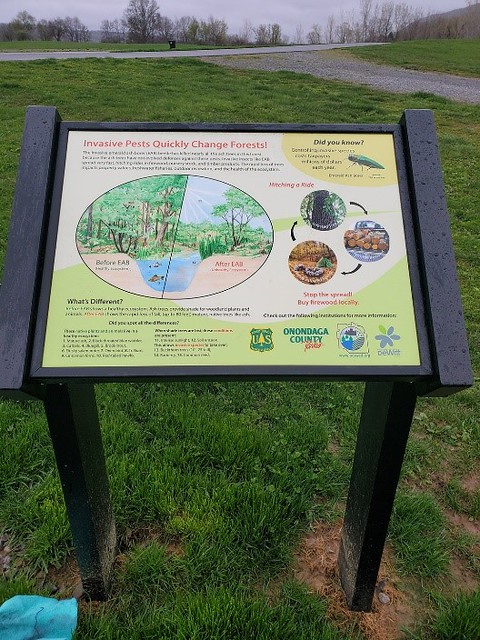 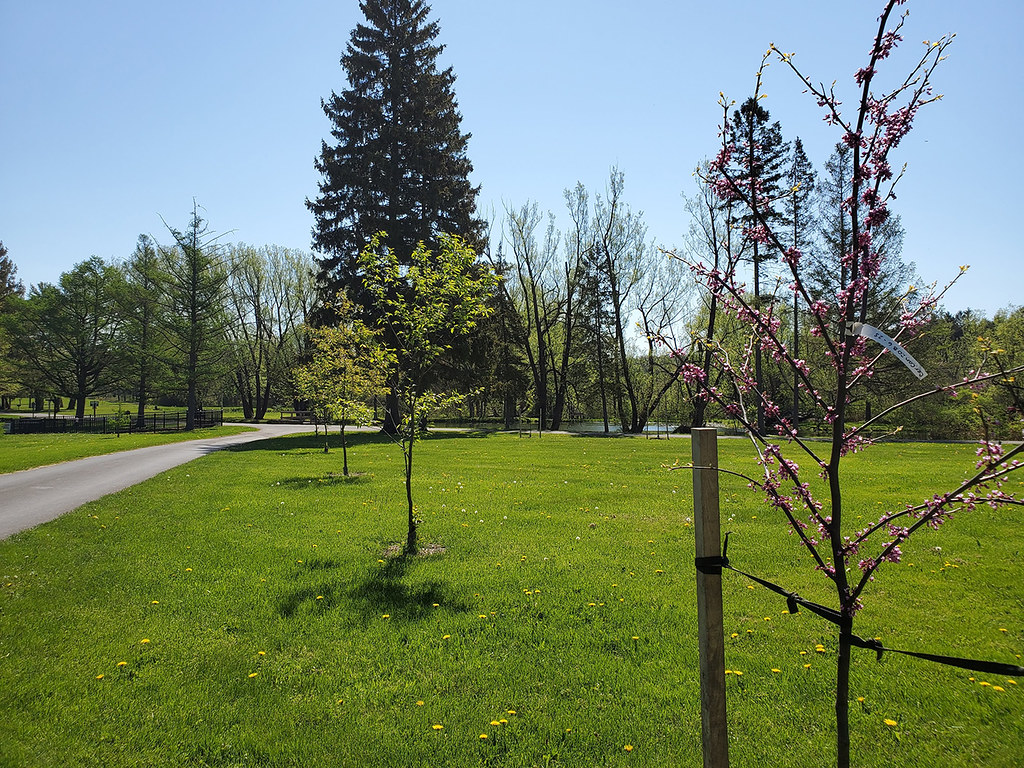