WEST VIRGINIA — When the Monongahela National Forest was established in 1920, most of the red spruce forests that had once dominated its high-elevation mountains were gone. Clear-cutting, followed by catastrophic wildfires, had led to erosion and devastating floods — and to the loss of red spruce habitat for the West Virginia northern flying squirrel, whose numbers plummeted.

But today, thanks to innovative partnerships and a variety of landscape-scale restoration projects, the Monongahela is seeing a resurgence of the red spruce ecosystem and a thriving population of the once-endangered northern flying squirrel. It’s an example of careful forest management yielding both environmental and economic benefits, as these restoration efforts support jobs and drive the local rural economy.

The Importance of Red Spruce for Flying Squirrels

Most of the old-growth red spruce forests in West Virginia were clear-cut by private interests starting around 1880. The slash left behind became fuel for wildfires that burned so hot, and so often, that the organic soil layer was destroyed. This not only led to erosion and floods; it also devastated red spruce regeneration. Seeds and seedlings were hard to find and, once planted, could not survive the harsh growing conditions. Non-native Norway spruce and red pine often took its place.

The West Virginia northern flying squirrel — which in fact glides through the air — is found only in the high-elevation red spruce/northern hardwood forests of the Allegheny Mountains in West Virginia and Highland County, Virginia. A few populations were resilient enough to survive the widespread loss of red spruce habitat in the 20th century. But the northern flying squirrel was listed as an endangered species in 1985 when a survey by the U.S. Fish and Wildlife Service found only 11. Delisted in 2008 and re-listed in 2011, it was again delisted in 2013 as the result of a failed lawsuit.

The Monongahela’s 2006 forest plan identified management actions to restore red spruce ecosystems specifically for the northern flying squirrel. Yet it was clear that the long-term success of these efforts would depend on partnerships. In 2007, a Spruce Memorandum of Understanding was signed by the USDA Forest Service Northern Research Station and the Monongahela, the West Virginia Division of Natural Resources and Division of Forestry, The Nature Conservancy and the U.S. Fish and Wildlife Service.

Today, 300,000 acres on the Monongahela are identified as having potential for red spruce restoration. Restoring large, connected patches of red spruce forest helps weave together a landscape in which native plants and animals can thrive.

Reaching this goal depends on implementing a variety of landscape-scale projects. Central Appalachian Spruce Restoration Initiative members lend their varied expertise to these efforts. One success is the hundreds of thousands of red spruce seedlings grown from local seed by the West Virginia Highlands Conservancy each year and planted on the Monongahela.

Other projects implement techniques that make an area more hospitable to red spruce. Commercial timber management is an important tool to “release” red spruce — that is, remove overstory hardwoods to allow small spruce to thrive. The West Virginia Division of Forestry developed and implemented this technique at Kumbrabow State Forest in Randolph County, an initiative that catalyzed the Forest Service’s use of commercial timber management for spruce restoration.

Non-commercial thinning techniques, such as herbicide or chainsaws, can also be used to release understory red spruce. With funding from the USDA Joint Chiefs’ Initiative in 2017, the Monongahela and The Nature Conservancy in West Virginia was able to expand an Ecological Restoration Team that leveraged this technique on 2,444 acres. The Nature Conservancy now also manages both commercial and non-commercial timber harvests with the Forest Service to selectively thin red pine and hardwood stands to benefit red spruce.

Another key strategy is to restore red spruce on formerly mined sites on the Monongahela, an initiative led by the nonprofit Green Forests Work with its partners and volunteers. Restoring mined land is intensive work that requires removing non-native trees and “deep ripping” the soil — like plowing a garden, but on a much larger scale with heavy equipment — to allow native plants to grow. More than 1,000 acres of red spruce have been restored on the former site of the Mower Land and Lumber Company coal mine, with nearly 500,000 native plants and trees in the ground and more than 1,300 wetlands created. Restoration activities have also taken place on Sharp Knob, a former strip mine in Pocahontas County.

On the Monongahela, restoration of red spruce habitat is driving the local economy while bolstering the many benefits of healthy forests: cleaner air and water, appealing recreation opportunities and — according to the U.S. Fish and Wildlife Service’s five-year report in 2019 — a flourishing population of West Virginia northern flying squirrel. 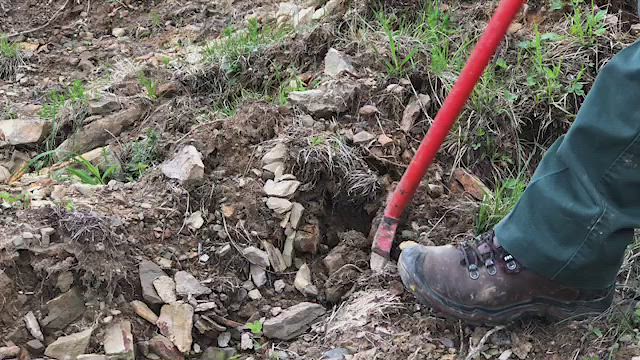