Regulations may be needed, but are they all we need? That was the common thread weaved through presentations by natural resource experts last week at USDA’s Agricultural Outlook Forum. 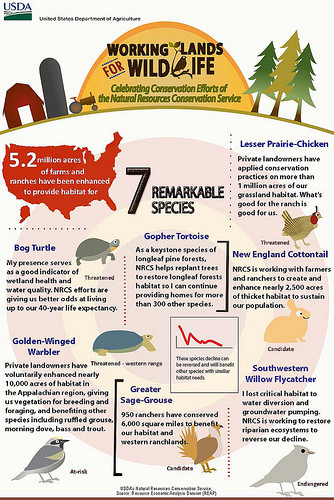 Part of the discussion focused on the voluntary conservation efforts of private landowners, which are having a tremendous impact on meeting regulatory needs through creating habitat for species facing population declines. These efforts – including the Working Lands for Wildlife Partnership, (WLFW), between USDA’s Natural Resources Conservation Service, (NRCS), and FWS – is to help create habitat for at-risk species.

This partnership provides certainty to landowners who use NRCS-prescribed conservation practices to improve their lands in ways that benefit wildlife.

Take for example, the southwestern willow flycatcher, an endangered bird that lives along rivers and streams in the Southwest. Water diversion, groundwater pumping, unmanaged grazing and invasive plants have diminished the riparian habitat, which have led to the bird’s populations declines.

NRCS has worked with FWS to expand conservation work throughout riparian zones in the arid Southwest, including Arizona, California, Colorado, New Mexico, Nevada and Utah. 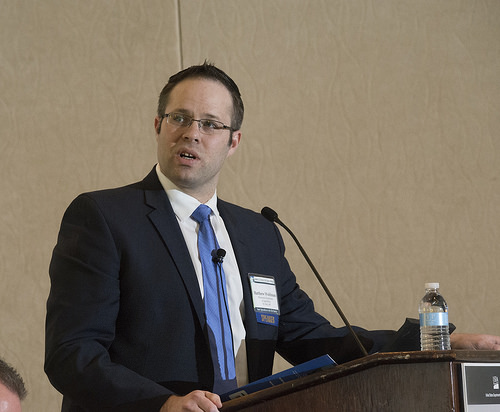 Additionally, NRCS and FWS have developed a habitat evaluation guide that planners can use to identify existing and potential habitat for the species. The two agencies have also developed conservation systems that can be used to improve habitat for the flycatcher, as well as 83 other listed or candidate species, while also incorporating continued grazing and other agricultural production.

Because nearly two thirds of all species federally listed as threatened or endangered, such as the southwest willow flycatcher, exist on private lands, landowners play an important role in helping America’s at-risk wildlife succeed.

Learn more about Working Lands for Wildlife. To get started with NRCS, visit your local USDA Service Center or www.nrcs.usda.gov/GetStarted.