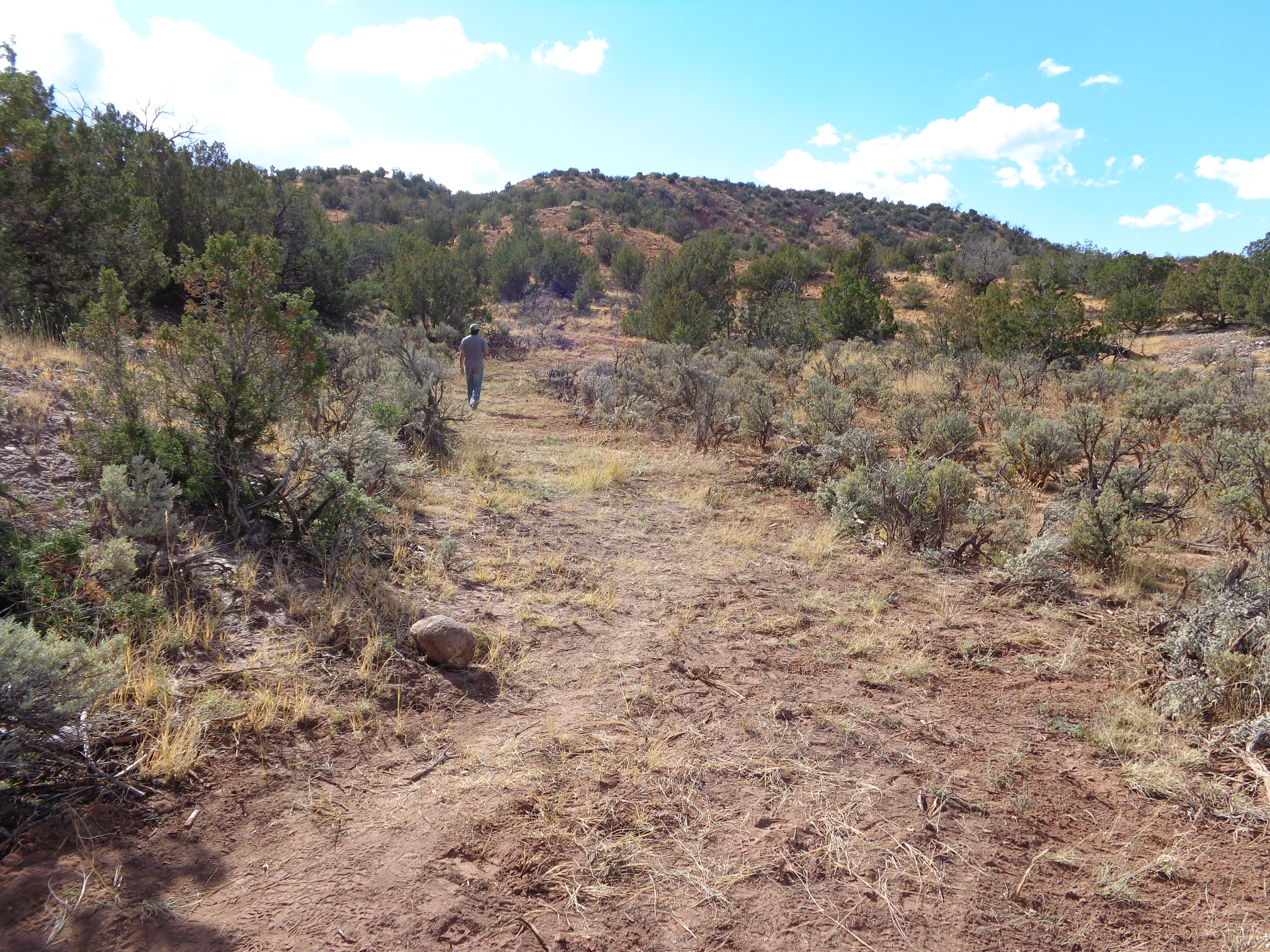 Since the 1800s, heirs of the San Joaquin del Rio de Chama Land Grant in northern New Mexico have been tending to graves and religious sites in a small cemetery at the top of a mesa in the Chama River Canyon. For at least three decades, they had to travel by foot up the hill to reach the cemetery, which was assumed to lie within the boundaries of the Chama River Canyon Wilderness Area.

Under that Wilderness designation, motorized access to the site was prohibited. As the trail disintegrated, elderly members of the community were no longer able to make the journey.  Through a unique effort, the Forest Service found a way to provide easier access to the cemetery.

Discussions between the congressional offices, land grant heirs and the Forest Service resulted in a review of the legal description, map and legislative history of the wilderness boundary. This research revealed that the wilderness boundary legal description and map had never been finalized.  The simplest answer was an administrative fix that redrew the boundary, excluding the cemetery from the Wilderness.

“The collaborative effort that took place to come to this win-win solution was unprecedented. The Forest Service looks forward to working with this and other land grants in the future on projects that help honor their rich history and traditions,” said Maria Garcia, Forest Supervisor, Santa Fe National Forest.

“I am grateful to the members of the San Joaquin del Rio de Chama Land Grant, the U.S. Forest Service, and the local conservation community for working together to find this innovative solution,” Senator Heinrich said. 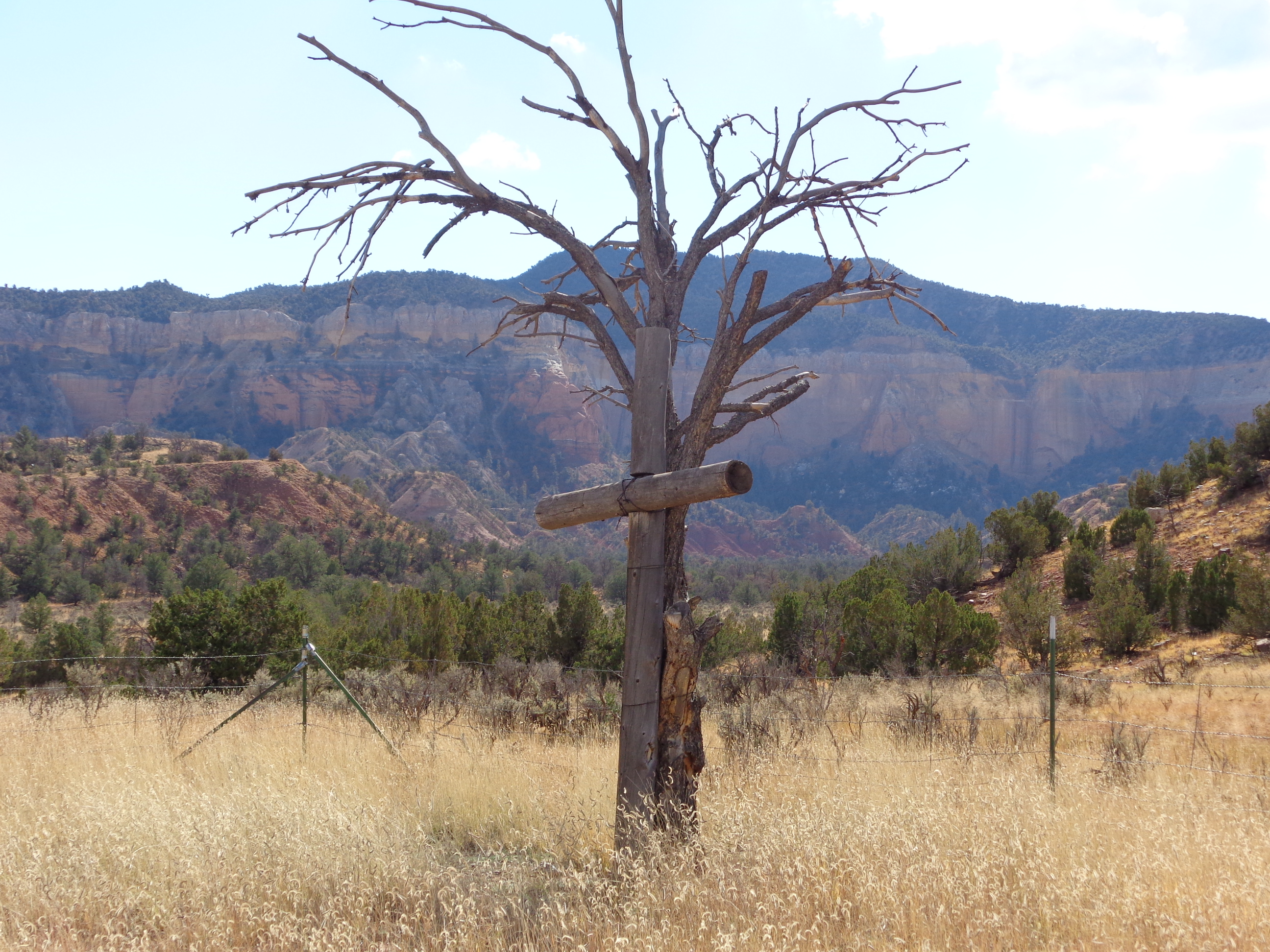 It was a beautiful autumn day on Oct.26, 2013, when representatives from the Land Grant Association, the New Mexico congressional delegation, The Wilderness Society and the University of New Mexico joined Santa Fe National Forest employees for a historic event.

Everyone worked together to construct an accessible trail to the historic cemetery where ancestors of the current land grant heirs are buried. As a result of the new trail, land grant heirs can now ride utility terrain vehicles to the top of the mesa to visit their cemetery.

“This was a historic day in the history of the land grant, as so many people came together to celebrate and contribute to the effort to construct a trail that will enable greater access to the cemetery,” said Leonard Martinez, president of the San Joaquin del Rio de Chama Land Grant Association.

“I am so pleased that years of hard work and cooperation have paid off as the heirs to the land grant will now be able to care for the cemetery and have increased access to land that has been a part of their history and heritage,” said Congressman Luján. “This was a collaborative effort and an example of what we can achieve when we all work together.”

“The gathering celebrated our collaboration, and it demonstrated what good can come when the federal government and our communities form partnerships and work for a common solution,” Senator Udall said.

This unique project strengthened relationships and built trust between the partners.  Working together, they not only resolved an old conflict but promoted an understanding of the value of wilderness while simultaneously acknowledging the rich history and cultural traditions of New Mexico’s land grants. The project also received national recognition, and on Nov. 21, 2014, Regional Forester Cal Joyner presented the Wilderness Partnership Champion Award to the New Mexico Land Grant Council.