NEW YORK — A six acres area of forested wetland, part of Blueberry Patch Swamp, was restored on the Finger Lakes National Forest in Schuyler County, New York, in October 2017. This project was completed as part of the Great Lakes Restoration Initiative with an emphasis on restoring upland stream habitat.  This wetland is part of the Seneca Lake headwaters, a tributary to Lake Ontario.

Blueberry Patch Swamp is a high quality significant forested wetland occupied by the rare perched swamp white oak swamp natural community. Although still a wetland, the area on the north side of Picnic Area Road was no longer functioning as a wetland, because a road drainage ditch removed water from the area. Wetlands historically occupied lowlands and shallow basins in the project area. Farmers in the Finger Lakes region began artificially draining the land in the 1800s by installing underground drainage systems to make it more productive for growing crops. These systems drained vast areas of wetlands in the region, and remain largely functional today.

During project construction, the ditch was dismantled, pit and mound topography and vernal pools were restored, and an old culvert was replaced with a rock ford. Nonnative invasive species were controlled in both the functioning and restored portions of the swamp. Six small, natural-appearing, irregularly-shaped shallow water/emergent vernal pool wetlands were constructed, with irregular depths (up to 18 inches deep) occupying approximately a tenth of an acre each, designed to hold water from late fall to late spring, drying up in most summers. Fairy shrimp, frogs and salamanders frequent this type of pool. Periodic drying of the wetlands keeps breeding populations of fish out that could otherwise feed on smaller organisms.

Weeks after construction, the newly created wetlands are holding water, the check dam is functioning, and water is flowing out of the rock ford as designed. Monitoring of similar recently implemented projects has shown that created wetlands function as designed - to dry out during the driest summer months and host a suite of native frogs, toads, birds, insects, and amphibians.

Several partners played important roles in the effort, including the Center for Wetlands and Stream restoration based in Morehead, Kentucky; the Tioga County Soil and Water Conservation District; and the Upper Susquehanna Coalition.

Wetland monitoring and construction are planned to continue on the Finger Lakes National Forest to improve hydrologic function and wildlife habitat. 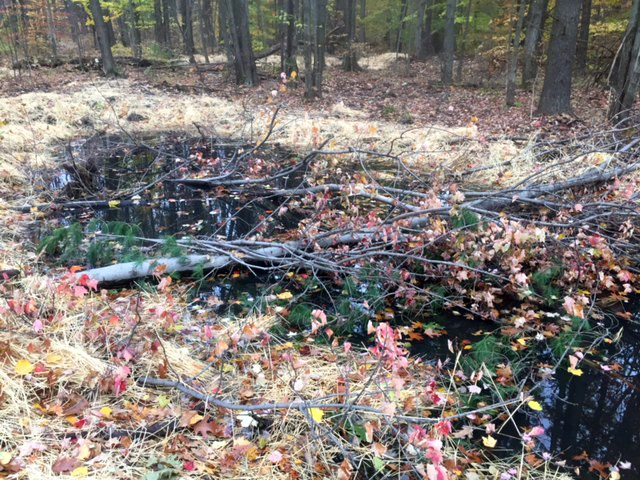