Our offices sell maps, permits, and have a wealth of information. Come visit!

Our forest is divided into five administrative units known as Ranger Districts. There are ranger district offices in Missoula, Ninemile (near Huson), Plains, Seeley Lake, and Superior. The office overseeing these units is the Supervisor's Office, which is located in Missoula. 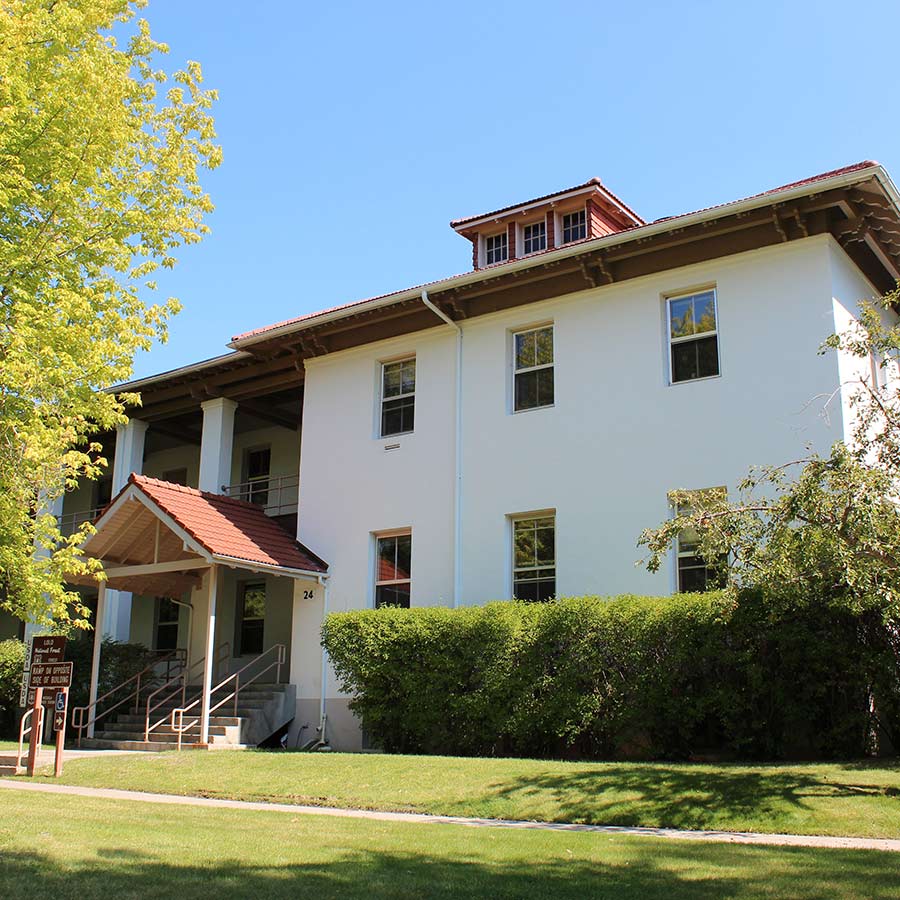 Directions: From the corner of Reserve Street and South Avenue in Missoula, head south one block and turn onto Fort Missoula Road (there is a Goodwill at the corner). Follow Fort Missoula Road, past the medical center and the golf course to the stop sign. Go through the stop sign to the end of the road, turn left and we are the second large building on the left. Look for the Lolo National Forest Supervisor's Office sign.

Directions: From the corner of Reserve Street and South Avenue in Missoula, head south one block and turn onto Fort Missoula Road (there is a Goodwill at the corner). Follow Fort Missoula Road, past the medical center and the golf course to the stop sign. Go through the stop sign to the end of the road, turn left and we are the second large building on the left. Look for the Missoula Ranger Station sign.

About the Missoula Ranger District

The Missoula Ranger District office is located at historic Fort Missoula in the city of Missoula, Montana. First established as a permanent military post in 1877, Fort Missoula is also the headquarters for the Lolo National Forest Supervisor’s Office. 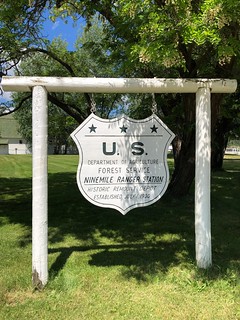 Directions: From Interstate 90, take exit 82, which is 22 miles west of Missoula, and head north. Proceed 2 miles until you reach the Remount Road, then head north again (right-hand turn) and follow the road for 3 miles to the historic Ninemile Ranger Station.

About the Ninemile Ranger District

Ninemile Ranger District covers 390,053 acres north of Missoula, Montana. In addition to the campgrounds and picnic areas in the Ninemile Area, there are several unique places to visit such as the delightful Ninemile Historic Remount Depot and Ranger Station, and the Grand Menard Discovery Trail which is adjacent to the Grand Menard Picnic Area.

Directions: To visit the ranger station, drive west on Highway 200 to the town of Plains, then take Clayton Street east to the station.

About the Plains/Thompson Falls Ranger District

Located in the northwest corner of the Lolo National Forest, the Plains/Thompson Falls Ranger District is bordered by Idaho to the west, the Kootenai National Forest to the north, and the Flathead Indian Reservation to the east. The district covers over 490,000 acres of mountainous terrain, offers stunning scenery, abundant wildlife, and a wealth of outdoor recreational opportunities.

World class hunting opportunities exist for bighorn sheep, elk and deer. Local fishing is renowned for prized trout species such as cutthroat, bull, and rainbow trout and northern pike. The Clark Fork River and its tributaries Thompson River and Prospect Creek are the district's major watersheds. Thompson Falls and Plains, Montana are the two major communities adjacent to the district.

Rich in western Montana history, the Plains/Thompson Falls District was home to David Thompson, an explorer and prodigious mapmaker. The local Native Americans called Thompson Koo-Koo-Sint, which roughly translates into "Star Gazer." He often studied the night sky with his sextant. He remains famous for the accurate maps he produced of this once uncharted territory. A prominent ridge between Thompson River and the Clark Fork is now named Koo-Koo-Sint Ridge in Thompson's honor. Thompson Falls, also named for him, became the location of the old Cabinet National Forest's Supervisor's Office.

Directions: Off Highway 83, 3 miles north of the town of Seeley Lake, the office is at mile marker 18. It is on the west side of the highway.

About the Seeley Lake Ranger District

The Seeley Lake Ranger District's almost 350,000 acres are rich in scenic beauty and history.  The District features the full range of resource management activities including an active fire management program.  The fire program ranges from managing fuels adjacent to the community, to allowing fire to function naturally under an approved Wildland Fire Management Plan for the Scapegoat Wilderness Area.

Seeley Lake lies in a heavily forested valley 4000 feet in elevation, bordered by the Swan Mountain range to the east and the Mission Mountains range to the west.  The area provides ample opportunity for diverse 4-season recreation such as hiking, horseback riding, hunting, fishing, cross-country skiing and snowmobiling.

Directions: From Interstate 90, take the Superior off-ramp. Coming from the west, take a left at the stop sign and drive into town a few blocks; coming from the east take a left as the stop sign, at the next stop sign turn right. Just before the bridge, turn left onto West Riverside Avenue, go two blocks down and the ranger station is on the left hand side.