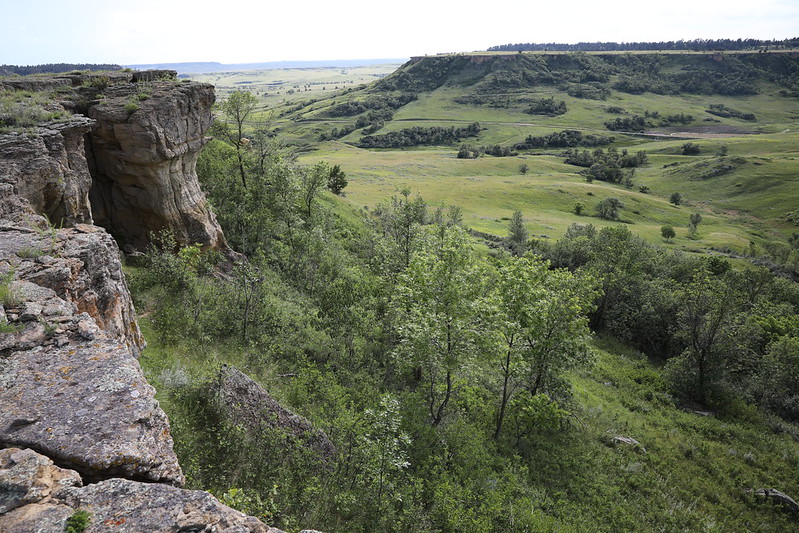 Encompassing eight separate land units in southeast Montana and northwest South Dakota, the Sioux Ranger District rises with mesas of ponderosa pine and stretches out into the rolling grasslands.

The district office is located in Camp Crook, SD and covers a total of 163,000 acres spread across a distance of 100 miles.

The Sioux Ranger District is rich in archeological and paleontological resources and also includes two National Landmarks: Capitol Rock and The Castles.  Each are massive sandstone outcroppings, remnants of volcanic ash.

Did you know? One of the largest populations of Merlins (a small falcon, in the raptor family) known in North America occurs on the district.

Opportunities for dispersed recreational activities are numerous throughout the district. There are no designated hiking trails, but most of the ridges are open and provide spectacular panoramic views.

In addition there are two fishing ponds on the district, Rabbit Creek in the Slim Buttes and McNab Pond in the Ekalaka Hills, stocked with crappie, bass and rainbow trout.  All recreational sites are typically open from mid-May - end of November.

Know before you go

Visit the Minerals and Geology page to learn about naturally occurring minerals on this district.  Understand acceptable exposure levels.

Erionite is a naturally occurring mineral that belongs to a group of silicate minerals called zeolites. It is usually found in volcanic ash that has been altered by weathering and ground water. Like naturally occurring asbestos, deposits are present in many Western states. Erionite: An Emerging North American Hazard