Official websites use .gov
A .gov website belongs to an official government organization in the United States.

If You Fly, We Can't

Federal, state, and local wildland fire management agencies and the Federal Aviation Administration (FAA) urge members of the public not to fly “Unmanned Aircraft Systems (UAS)” or drones over or near wildfires. Unauthorized drone flights pose serious risks to firefighter and public safety and the effectiveness of wildfire suppression operations.

In 2019, at least 20 documented instances of unauthorized drone flights over or near wildfires in seven states (Arizona, California, Colorado, Nevada, New Mexico, Utah, Washington and Minnesota) that have resulted in aerial firefighting operations being temporarily shut down nine times

Firefighting aircraft fly at very low altitudes, typically just a couple of hundred feet above the ground, the same altitude as UAS flown by members of the public and others. This creates the potential for a mid-air collision or pilot distraction that could result in a serious or fatal accident.

In addition, an unauthorized UAS that loses its communication link could fall from the sky, causing serious injuries or deaths of firefighters or members of the public on the ground.

Unauthorized UAS flights could lead fire managers to suspend aerial wildfire suppression operations – such as airtankers dropping fire retardant and helicopters dropping water - until the UAS has left the airspace and they are confident it won’t return.

In 2018, there were more than 17 documented instances of members of the public and others flying UAS without authorization over or near wildfires in five western states (California, Colorado, Oregon, Utah, and Washington). This resulted in aerial firefighting operations being temporarily shut down on more than 20 occasions.

There is no centralized national mechanism to report unauthorized UAS flights over wildfires, so these are only the incidents that wildfire management agencies have become aware of, there are likely more that are not known about.

Suspending air operations could decrease the effectiveness of wildfire suppression operations, allowing wildfires to grow larger, and in some cases, unduly threaten lives, property, and valuable natural and cultural resources. The effects of lost aircraft time could be compounded by flames moving into untreated terrain.

Individuals who fly UAS without authorization over wildfires may be violating federal, state, and/or local laws, regulations, and ordinances, whether a Temporary Flight Restriction (TFR) is in place or not. All unauthorized UAS flights over wildfires on National Forest System lands will be reported to the Federal Aviation Administration (FAA) and law enforcement agencies.

Individuals who have been determined to have endangered manned aircraft or people on the ground with a UAS and/or interfered with wildfire suppression may be subject to civil penalties, including fines of up to $25,000, and potentially criminal prosecution. 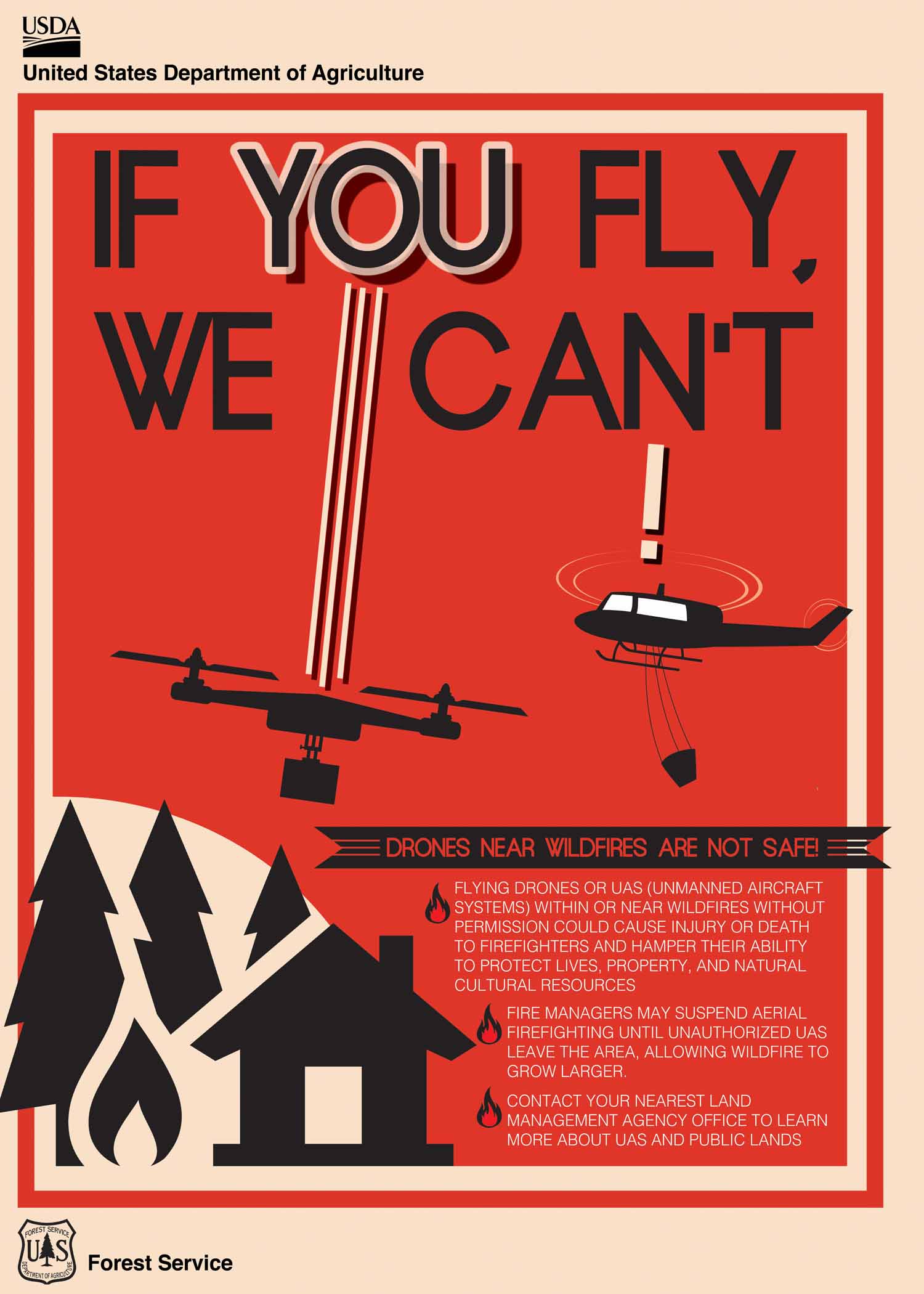